L. Isaeva is a senior researcher from the Institute of the Far Eastern Studies of the Russian Academy of Sciences, sinologist and member of the Union of Russian Writers. From 1994 to 2010 she lived for 16 years in China (15 years in Beijing and 1 year in Shanghai). From 2006 to 2017 she published 7 books on Chinese culture, including Symbol System in China, Four Ancient Beauties of China, Story of Eight Chinese Immortals, The Magpie on the Plum’s Branch, Famous Chinese Monks, Traditional Chinese Holidays and Forever Green Bamboo. She wrote the book series for Russian children, introducing the culture of China, under the title “My country, my city” (not yet published).

From my childhood I was interested in three different fields, and it was difficult to choose only one of them: journalism, medicine and oriental foreign languages.

I went to a medical institute, but while studying there, I also started learning Georgian and Arabic languages by myself, because I was fascinated by their unusual writing.

Eventually, I decided to leave my studies in medicine and go to the faculty of the Arabic language. But my father's friend gave me a good piece of advice: "It's better to go to the faculty of the Chinese language. First, the Chinese writing is the most unusual one in the world, and secondly, the future belongs to this county. Today, China is a poor country, but time will pass and it will leave everyone behind! "

I believed my father's friend, graduated from the Pedagogical Institute in Chita, where I acquired a profession of an interpreter of the Chinese and English languages.

Not only never had I regretted the chosen path, but I can also say that studying China is the purpose of my life.

You have spent a long time in studying Chinese language and culture, so could you please tell us when and how you started it and made this your career?

I had been teaching Chinese at the university for 20 years, and had been considered to be a good teacher. But then my husband, also a Sinologist, was sent to work in China, at the Russian embassy. In one of the first days I got into a taxi and found out that the taxi driver did not understand me, moreover, I did not understand him as well. This revelation strike me! At the same time, it was a good lesson: one should study a foreign language not for 5 years at the institute, but during the WHOLE LIFE!

My husband and I lived for 16 years in China: 15 years - in Beijing and 1 year - in Shanghai. I can say that it is in China where I became a spontaneous scientist. Taking advantage of the fact that I had the opportunity to travel to different cities where I studied everything: traditions, history, folklore, classical literature, arts. I even went to the countryside and lived there for several days to see how simple peasants celebrate the new year.

In China, I never left the house without a notebook where I wrote down everything new that I learned. If we went to a restaurant with Chinese friends, first of all I would take out my notebook and pen from the bag, and the Chinese friends immediately became frustrated: "Mila will not allow us to enjoy food, again she will ask so many questions!"

My study of Chinese culture and my research resulted in writing of books. While living in China, I published three books, and after returning to Russia I continued to write new ones.

Since in China I realized that my vocation was research work, when I returned to Moscow, I went to work at the Institute of the Far East of the Russian Academy of Sciences, where I am a senior research fellow by now.

Despite the fact that Russia and China are neighbors, it is safe to say that the Chinese people mostly know almost nothing about the culture of Russia and its modern life. The same can be said about the Russians. Unfortunately, not only do we not know much about each other, but each people has some prejudices and negative points in relation to another.

Concerning your current study on Chinese culture and language, what are the difficulties and challenges?

Now there must be no difficulties, where there is a will, there is a way. In the 1990s, when I was just starting my research work, practically there were no books available in Beijing for me, and finding information turned into hard working process.

Since then, everything has changed: the Chinese began to publish so many books that I just drowned in this abundance. In addition, the possibilities of the Internet are almost limitless, and you can always find the necessary information for work. In addition, there are fellow scientists, whom I refer to, and who gladly help me.

What are the challenges and difficulties in aspects of translating and publishing Chinese works in other countries.

The main problem is the difficulty of Chinese writing. There are a lot of sinologists in Russia, but not all of them are able to fluently read books in Chinese. Among those who read fluently in Chinese, not all have skills of translating poetry and prose.

This work is very complex, and the material reward for such work in our country is moderate. However, some specialists prepare translations. Young interpreters, for example, from Institute of Asian and African Studies of the Moscow State University, actively translate the modern poems of young Chinese poets, avant-garde prose. Interpreters from St. Petersburg translate the works of Mo Yan, and the Russian readers were able to get acquainted with his work long before he was awarded the Nobel Prize in Literature.

Therefore, despite the ever increasing commercialization of publishing, there is a great interest in the Chinese prose and poetry in Russia. All classical Chinese novels have been published in the Russian Federation, including the complete translation of the novel Jin-Ping-Mei. Moreover, the 50-volume Library of Chinese Literature is now published. Annually, the printing houses publish up to 30 classical and contemporary literary works of Chinese authors.

What opportunities do you think will be brought to China and your country by the Belt and Road Initiative?

This idea "One belt, one road" creates good opportunities for cooperation of the peoples of many countries in the field of culture, literature, translation and publishing. I believe that everything is brought up from childhood. If an adult has already formed some kind of opinion and representation, then it is difficult to change it, although it is necessary to try in every possible way.

Therefore, for the rapprochement of the peoples of Russia and China, for greater mutual understanding, it is necessary to publish many books for children, so that they would become acquainted with the neighbor-country in all aspects, accompanied by good illustrations.

As for my country, during the time of the existence of Sinology, neither in the days of Tsarist Russia, nor in the USSR, nor in modern Russia, had there been published no children's books about China. Only Chinese fairy tales were published, and even these - in small numbers.

Thus, I started writing a series of books for children about China, and although the books have not been published yet, but readers already exist, and I see how much interest these little children have for your country, how they want to visit your country, and I know: even if they do not become sinologists, they will be friends of China forever. 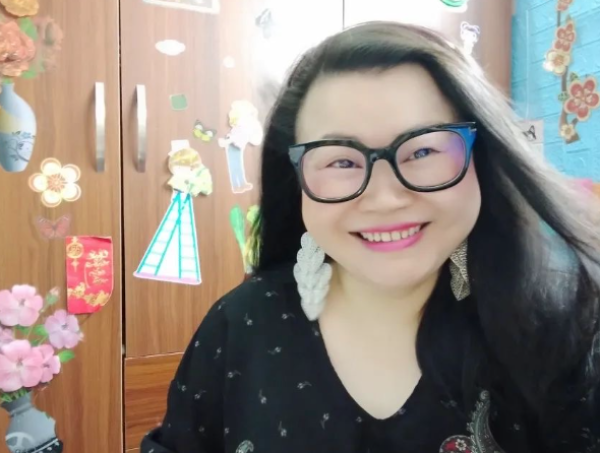