Synopsis: Zhao Qiaoyi and Yan Mo are deskmates in a high school. One is a weak student and the other is a top student. Although they don’t seem to have anything in common, they become close friends and make a promise on the day before graduation to study abroad together. But due to an unforeseen incident in Qiaoyi’s family, she can’t keep the promise and the two lose contact. Four years later, they meet again at their class reunion. Qiaoyi finally admits her own feelings and decides to go where Yan Mo lives, but she happens to discover that there is already someone by his side. Yan Mo, though, secretly does a lot of things for Qiaoyi, he is unable to express his feelings. Will the two be together in the end?

Synopsis:  Crown Princess Rong Le of Xi Qi state wakes up from a coma with no memories and she becomes suspicious of her real identity due to traces of the past. To form a political alliance with Bei Lin State, Rong Le is ordered to marry Prince Wu You who refuses her. With the failing marriage, Rong Le assumes the identity of a tea house owner and a new name as Man Yao. She begins secretly searching for invaluable books left by the Qin Family that are said to bring greatness to a nation. It leads her to Wu You who falls for her without knowing that she is the princess he rejected. Yet it may already be too late for him to learn the truth because Rong Le is going to marry Fu Chou, the General of Bei Lin State.

Synopsis: Hong Kong drug trafficker Liu Haoyu colludes with Lin Yaodong from Guangdong to build an underground drug manufacturing facility. During one of his missions, anti-drug policeman Li Fei inadvertently discovers the truth behind the covert operation. Despite many obstacles from those in power who work secretly to protect the drug ring, he and his partner Song Yang launch an all- round  investigation. Meanwhile, Li Fei's father Li Weimin also heads up an operation as the anti-drug chief in an effort to wipe out the criminal syndicate.

Synopsis: An intriguing crime case emerges amidst the bustling city in the 1930s. A beautiful graduate of police academy, Qin Xiaoman, joins the investigation unit. The famous detective Luo Fei becomes her colleague and neighbour. Though they can't get on well with each other at first, they work together in solving many complicated cases.

I Will Never Let You Go

Synopsis: The story revolves around a young wanderer with an extraordinary business sense and the masked hero who saves her. When the wanderer is revealed to be the Divine Maiden who will obtain a legendary treasure, various enemies hunt her down. She then lives a life on the run and meets her savior who turns out to be the ambitious prince that wants to take the throne. Ultimately, they fall in love with each other. 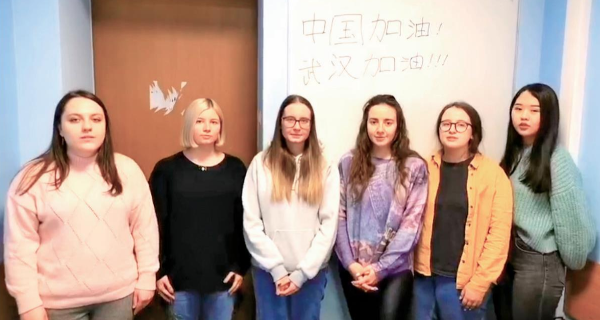