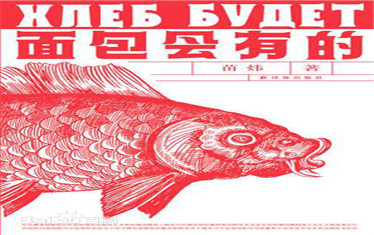 内容介绍
Scotland, Spain, India, Japan – these are just a few of the stops on Chinese tycoon David Yang’s never-ending tour of the world’s most exclusive eateries. Before making his fortune in the meat import industry, David grew up in poverty. When he encounters the like-minded Helen Zhu he is delighted to have discovered a partner who can share his epicurean pilgrimage. Yet when a case of acute pancreatitis brings David close to death, he is forced to subsist thereafter on steamed vegetables and unseasoned congee. His relationship with Helen, built on a shared passion for wining and dining, quickly disintegrates. We Will Have Bread is a novella whose title is ironically appropriated from a line in the Soviet propaganda film Lenin in 1918, but is used here to tell a story about the desire and introspection of a generation who had suffered from hunger.
作者简介：
苗炜
Miao Wei resigned from his long term post as the Vice Editor-in-Chief of Sanlian Life Weekly, one of China's most influential cultural magazinest in July 2015 and started his own new media company. He is known as a star jounalist for his contribution on various papers and magazines. 2010's Unless the Soul Might Clap and Sing is Miao Wei's first venture into fiction. Night Flights, also a collection of short stories was published in 2012, followed by a full-length novel, The Emperor is Unwell, in the same year. In his books Miao Wei catches the spirit of a privileged class in search of itself…
推荐项目